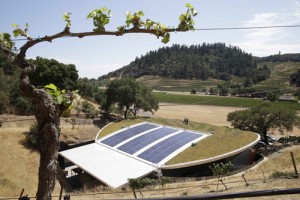 Tesla’s home battery to be unveiled this month. Photo via gizmodo.com

So far, specific details are thin on the new battery designed for home use that Tesla will unveil this month. But just based on what we do know, it’s a pretty big deal. The quest for a good battery that can store home-generated power is kind of like the holy grail for a renewable energy future. This one product might change everything.

A New York Times article published earlier this week essentially sets up the problem that Tesla’s battery will solve. In Hawaii, 12 percent of homes have some kind of solar energy, by far the highest rate for any place in the US at the moment. In fact, that rate is growing too quickly—solar customers are dumping so much energy back onto the grid that they’re taxing the delicate and often aging infrastructure that was only designed to deliver power to homes. What’s happening in Hawaii is actually indicative of what’s going to be an issue everywhere as many cities start to see an increase in large-scale solar implementation: There’s going to be too much energy generated, and nowhere to put it.

According to Gizmodo, utility companies might spend the money to upgrade the grid, but even then it’s difficult for them to predict how much more capacity they’ll need (and of course those costs will certainly be passed down to consumers). The absolute best idea is for homeowners to start installing batteries that can store the power for later use instead of giving the power back to the utilities, something called peak load shaving. It’s not just solar power that can be stored, of course—it can also come from wind turbines or hydroelectricity or the treadmill you rigged together to juice up your house with kinetic energy.

Enter Tesla. In its quest to design the perfect electric car, Tesla has pretty much engineered the best battery on the market. Now, basically, the company is manufacturing an electric car battery for home use. They’re already out there: Tesla’s installed batteries in about 400 locations, including businesses like Walmart. Supposedly this new battery concept will improve upon what’s available now. But the real game changer here—like almost everything about energy—is price.

Thanks to companies like Tesla, the cost per kilowatt-hour of these batteries is coming down much faster than once predicted. Right now, Tesla’s batteries are about about $300 per kWh, which is comparable to the market rate the industry expected for 2020. This cost is intertwined with the proliferation of renewable energy because cheaper batteries mean that the price of entry for something like solar energy is essentially cheaper. Which means more people will be able to get into the solar game.

The biggest news here—and why utility companies are likely worried—is that with a cheaper, more accessible battery, homeowners will now very easily be able to achieve complete energy independence. You could store your power for off-peak usage, and you might be able to sell your excess energy to a neighbor. In the near future, cord-cutting may mean severing one’s self from the electrical grid.

Now here’s the very interesting twist: Tesla is also announcing a “utility-scale” battery, something we don’t know anything about at all. If this is something that the utility companies can use to help shoulder some of that grid burden, then this, too, will be a game changer for utilities. That’s a win-win for both energy customers and energy companies.

Posted by roxana on Apr 23 2015. Filed under _featured slider, INDUSTRY, Solar PhotoVoltaics, Technology. You can follow any responses to this entry through the RSS 2.0. You can leave a response or trackback to this entry