Natural silk can boost the performance of lithium-ion batteries 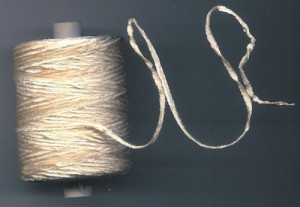 A green material derived from natural silk can boost the performance of lithium-ion batteries used in portable gadgets and electric cars, scientists say.

Carbon is a key component in commercial lithium-ion energy storage devices including batteries and supercapacitors.

Most commonly, graphite fills that role, but it has a limited energy capacity, researchers said.

To improve the energy storage, manufacturers are looking for an alternative material to replace graphite.

According to Tech First Post, Chuanbao Cao and colleagues at the Beijing Institute of Technology wanted to see if they could develop such a material using a sustainable source.

The researchers found a way to process natural silk to create carbon-based nanosheets that could potentially be used in energy storage devices.

Their material stores five times more lithium than graphite can – a capacity that is critical to improving battery performance.

It also worked for over 10,000 cycles with only a 9 per cent loss in stability.

The researchers successfully incorporated their material in prototype batteries and supercapacitors in a one-step method that could easily be scaled up.

The study is published in the journal ACS Nano.

Posted by roxana on Mar 13 2015. Filed under _featured slider, Asia, WORLD. You can follow any responses to this entry through the RSS 2.0. You can leave a response or trackback to this entry