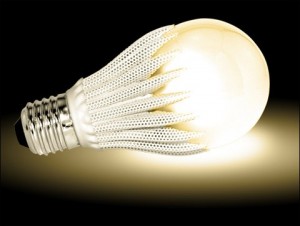 The invention of the blue LED

Isamu Akasaki, Hiroshi Amano and Shuji Nakamura got the Nobel Prize in Physics conception of the blue light-emitting diode, the Royal Swedish Academy of Sciences reports.

The invention is a revolutionary way of producing light. In order to produce white light, you need red, green and blue. When the red and green light-emitting diodes (LEDs) are known for half a century, researchers say in invention of blue light-emitting diodes is challenging. Then in the 1990s, in parallel, the trio invented blue light beams from semiconductor materials.

Different types of light sources need a wire filament that the current needs to glow. On the other hand, in the case of LEDs, the power is converted instantly into light. So, this kind of technology is much more efficient.

“The invention of the blue LED is just twenty years old, but it has already contributed to create white light in an entirely new manner to the benefit of us all,” according to a statement by the Royal Swedish Academy of Sciences.

Staffan Normark, permanent secretary of the Royal Swedish Academy of Sciences, says about the winners: “Of course they are thrilled of getting this prize, and I think actually they were not prepared for it. They had not been waiting all day and all night for this call. It’s a fantastic experience for us to be the first to wake them up or call them in the evening and congratulate them for achieving the Nobel Prize in Physics.”

Nakamura talked to the press audience today over the phone, and says the award is was “unbelievable” and “amazing.”

Akasaki is now at Meijo University, Nagoya, Japan and Nagoya University in Japan; Amano is at Nagoya University; and Nakamura is at the University of California, Santa Barbara. The three researchers will be awarded million Swedish Krona ($1.1 million).

Posted by roxana on Oct 14 2014. Filed under _featured slider, BUSINESS, Market News. You can follow any responses to this entry through the RSS 2.0. You can leave a response or trackback to this entry