Pro-nuclear governor has been elected in Tokyo 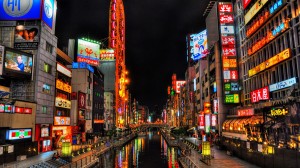 Japan has a new pro-nuclear governor

In the Japanese pv-module business, it remains unsettled what the election means. A pro-nuclear appeal could be a backsliding of considerate solar FITs, yet it could also be an approval of the system that proposed them.

It stands a subject of controversy regarding what this election of Yoichi Masuzoe as governor represents for the solar business in Japan. Despite the fact that Masuzoe was the only candidate with a pro-nuclear policy, BBC News reports show us that political analysts consider it to be an essential plan for economic and social benefit.

The governor of the capital has more power over expenses by virtue of Tokyo’s position, its dividends are free from the government allowance that takes place over the rest of other Japanese cities, and its governor is viewed as the second most important political man in Japan, given the city’s 2014 budget of around JPY13 trillion (US$127 billion).

The report from BBC, that alleged amounts from the AP news agency, Masuzoe, with 2.1 million polls, hat more votes than both his nearest – anti-nuclear – competitors Kenji Utsunomiya and Morihiro Hosokawa. The Liberal Democrat party and its main member, prime minister Shinzo Abe, backed up Masuzoe and his call to turn the reactors back on, decision that was suitable for the PM.

Although there is a dread for the Japan to go back nuclear, and the dissolving of the world’s most hospitable FIT regime, the grand surplus of victory for the newly established governor could equally strike as a confirmation of the ‘Abenomics’ package of public spending measures – which includes renewable allowances – that were brought in by Abe as a well calculated remedy for the latest Japanese recession.

Posted by admin on Feb 12 2014. Filed under _featured slider, Asia, Energy Market, Market News, Solar PhotoVoltaics. You can follow any responses to this entry through the RSS 2.0. You can leave a response or trackback to this entry