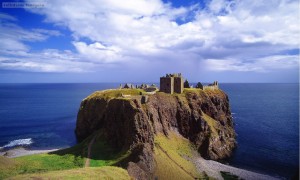 Scotland has got 106 MW of PV capacity installed, meaning the country overcame de 100 MW milestone with 36% growth in only one year.

Official data from British energy analysts, Ofgem, show that the new 106 MW of installed PV capacity bluster represents a growth of 36% in 2013.

Although in Scotland the radiation rate is low, positive political policies and the desire for solar energy has influenced the industry boost this year and the World Wildlife Foundation (WWF) joined Scottish solar lobbyists in their cause to pursue the Scottish government to help the burgeoning industry develop.

Three years ago the country had only 2 MW of installed plants, 429 small-scale solar installations. This year over 28,000 homes, 56 communities, 22 industrial sites and 465 have solar modules installed, fact that encouraged the Scottish Solar Energy Group, WWF Scotland and the Energy Technology Partnership to ask the Scottish government to offer more political support for solar.

“Scotland might seem like an unlikely place for solar, but if you look at a solar radiation map, parts of Scotland receive about 80 to 90% of the solar energy of Germany, the world leader in solar deployment, with 35 GW installed to date,” said chairwoman of the Scottish Solar Energy Group, Anne-Marie Fuller. He also added that there is no reason for which significantly more solar could not be installed if people really wanted to.

The country also plans to have 100% green energy sources by 2020 taking into account the fact that offshore wind power is transitioning. Still, the country should not ignore the potential of solar PV power, especially the commercial and residential installations.

Posted by admin on Dec 30 2013. Filed under _featured slider, Energy Market, Europe, Market News, Solar PhotoVoltaics. You can follow any responses to this entry through the RSS 2.0. You can leave a response or trackback to this entry