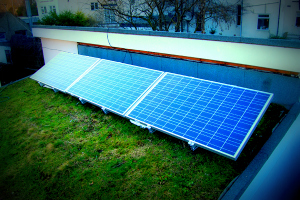 The PV market data analyst, NPD Solarbuzz, shows that global solar PV request will get to 49 GW next year.

The forecast shows that 5 MW of phtovoltsics are to be installes evey hour, at least in the first trimester, a record for solar installations. Global solar analysts NPD Solarbuzz have predicted that the PV demand will gow to 49 GW in 2014.

Moreover, starting from the final three months of this year and finishing with the first one in 2014, 22 GW of capacity will be planted, meaning a new 5 MW farm will rise every hour. Though 36 GW of estimated capacity is to be installed by the end of next year, that figure is said to be aced by 30%.

“The solar PV industry has reached a critical tipping point, with end-market demand hitting record levels almost every quarter.” said NPD Solarbuzz vice president Finlay Colville. “This growth is being driven by leading module suppliers and project developers that returned to profitability during 2013, and which have now established highly effective global sales and marketing networks,” he added.

The data analyst also says that the last semester of this year will break even more records for solar capacity since the 12GW barrier is set to be broken for the first time in the history of PV, record to be overcome in the first semester of the next year.
At the top of the list with the higher demand are the Chinese market, the Japanese one and U.S is leading,, and most of the panels installed next year will be located in this areas.

“Manufacturing overcapacity and pricing erosion within the PV industry was previously a key factor in limiting annual growth to between 10-20% between 2011 and 2013.With a more stable pricing environment and the prospect of increased end-market globalization, NPD Solarbuzz forecasts a return to annual growth above 30% for the PV industry in 2014.” announced Colville.

Posted by admin on Dec 27 2013. Filed under _featured slider, Asia, Market News, Solar PhotoVoltaics, USA, WORLD. You can follow any responses to this entry through the RSS 2.0. You can leave a response or trackback to this entry