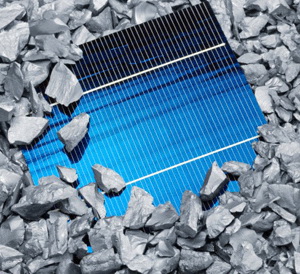 As foreseen, the EU reported that the summer trade deal is going to be the universal solution for its subsidy and dumping investigations. This comes as disappointment to the European producers.

The official EU announcement on Monday was not declared so but the effectively uses the agreement thrashed out by trade commissioner Karel De Gucht and his Chinese Ministry of Commerce counterpart in July as a blanket solution to the twin-track trade war.

EU also announced the provisional anti-dumping duties of almost 50% applied to all solar products from China since August will be extended for two years for two years from Friday as a final measure.

But still, the hefty duty that enlarges the provisional decision for not imposing duties for the anti-subsidy part of the objection of the EU solar manufacturers is not valid for the producers from China as part of the EU-brokered minimum price commitment and volume cap.

The anti-subsidy investigation has come to the conclusion that the that subsidies were implemented by the Chinese government in contravention of World Trade Organization rules, yet has decided to give no extra punishment above the De Gucht trade deal.

Posted by admin on Dec 4 2013. Filed under Asia, Energy Market, Europe, Market News, Solar PhotoVoltaics. You can follow any responses to this entry through the RSS 2.0. You can leave a response or trackback to this entry