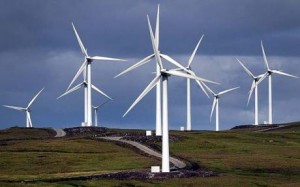 Wind turbine and solar to provide for a UK company

The Kings Lynn company has put their money into juwi’s facility to create a hybrid solar and wind power plant that stands for 80% of its energy needs.

The full capacity was not reached from the beginning since the 1.5 MW wind turbine was added only recently. The hybrid now brings KL Technologies the joy of low energy costs.

Since last year, when the solar plant was linked to company’s power grid, has broght approximately 2,000 MWh of renewable energy. But now, with the new wind turbine, KL technologies have little to worry about energy costs since the majority of energy is renewable. Moreover, it gives everybody an example of how solar and wind can shake hands and help companies meet their goals of using both low-priced and renewable energy.

“We save money and secure jobs by stabilizing our energy costs. The plant provides a real financial benefit to the company. With energy price increases expected each year for the foreseeable future we have locked in an electricity rate that allows the project to pay for itself while fixing our electricity price at a level where we can operate without fear of untenable energy costs” as Mark Hamilton, KL Technologies‘ financial director, announced.

Juwi said that at first the project seems difficult to implement but since the company had experience in difficult situations, it helped KL Technologies accomplish it’s plan.”We had to work around an existing industrial facility and connect the plant to it while the business was in full operation. We constructed the plant with lower costs so we could run it economically even with the lower FIT,” Jan Sisson, juwi Renewable Energies Limited MD.

From the moment the plant was put into function, the employees responded in a good way. “Employees see the investment in a UK manufacturing plant as very positive for the sustainability of the site, Customers also like the idea that their product is made by using eco-friendly energy, and the profile of the site within the local community has also increased significantly” in Hamilton’s opinion.

Posted by admin on Nov 6 2013. Filed under _featured slider, Energy Market, Europe, Market News, Solar PhotoVoltaics. You can follow any responses to this entry through the RSS 2.0. You can leave a response or trackback to this entry