The second biggest manufacturer in China is to launch new inversters 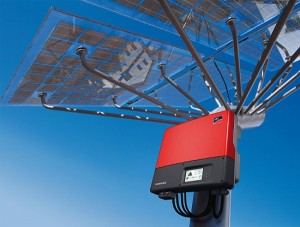 The Chinese from Zeversolar reported a cooperation with Proinso at the Solar Energy UK.

The second biggest PV inverter manufacturer from China, Zeversolar, is now associated with a leading global distributor of solar equipment, Proinso, for the introduction of new inverters to selected global markets. This announcement was made at the Solar Energy exhibition that took place in Solar Energy exhibition in the 8th of October this year. There was where Zeversolar brought to light its latest portfolio.

So, starting this month Prosino will deliver Zeversolar’s inverter-line. Prosino is known as a global distributor being popular in 15 countries. This firm has distributed next to 1.4GW until now and employed has 2407 Qualified Installers worldwide.

Zeversolar comes in with a wide variety of superefficient string-inverters for solar energy systems that already got certified in the UK, i.e. single phase inverters with a nominal input power ranging from 1,5 KWp to 5 KWp and three phase inverters with nominal ranging from 4 KWp to 20 KWp. These inverters have a 96% European efficiency and nominal output power reaching up to 1,5 KWp – 20KWp. Because of all these, they are an excellent choice both for commercial and for domestic purposes.  Regardless of their power, all the inverts have either the G83, or the G59/2 certificate.

“With Proinso we have found a reliable partner, who maintains a well established customer network in UK as well as in other international markets, such as Australia and India. Our portfolio represents an excellent mix of quality, liability and budget price point. We are looking forward to meet visitors in Birmingham to show them the updated product line and its possibilities for the UK market,” said the Executive Vice President for Sales, Service and Marketing at Zeversolar, Sven Schreiber.

This was confirmed by the head of Prosino, Mark Randall “with Zeversolar we found a well established inverter manufacturer from China. Proinso has always been extremely careful in selecting inverter partners and with Zeversolar we have found a supplier, who complements our very high profile inverter portfolio, with inverters addressing the budget segment in major markets.”

Posted by admin on Oct 11 2013. Filed under _featured slider, Asia, Energy Market, Europe, Exhibitions, Market News, Solar PhotoVoltaics. You can follow any responses to this entry through the RSS 2.0. You can leave a response or trackback to this entry