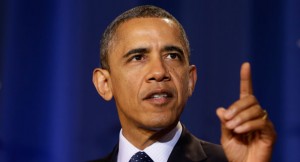 The climate change policy in U.S.A offers a new role for solar. Other positions were also settled, as natural gas, nuclear and CCS were defined, among solar, as “clean energy technologies.” As a follow up, agreements show a 13 GW increase of renewables by 2025.

What was meant to be an announcement for tougher carbon standards for power stations and a warning for climate changes, turned out to be a feature on solar and other renewables.

In his speech, the president also announced a new goal for the Department of the interior to allow a further 10 GW of renewables on public lands until 2020, since in 2012 10 GW were already permitted.

America’s biggest energy consumer, The Defense Department, promised to use 3 GW if unconventional energy for military use by 2025. Federal agencies also committed to distribute 10 MW of installed renewables capacity by 2020.

The speech added a presidential memorandum towards green energy into America’s grid network.

On the other hand, solar watchers are not as excited as Obama’s energy policy still looks up to fracking and shale gas, as well as nuclear. Obama also announced that the U.S public money will no longer be used to support the coal-fired power plants, and the fossil fuel will no longer be tax free.

“The U.S. will work with trading partners to launch negotiations at the World Trade Organization towards global free trade in environmental goods, including clean energy technologies such as solar”, as the president said.

Posted by admin on Jun 26 2013. Filed under _featured slider, Energy Market, Market News, Solar PhotoVoltaics, USA. You can follow any responses to this entry through the RSS 2.0. You can leave a response or trackback to this entry