Siemens solar division will close down 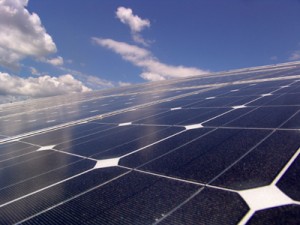 The solar division from Siemens will shut down after they failed to sell the unit that has not been functioning for nine months.

The company would be shut down production and the division according to sources from the company. Yet still, current ongoing projects will be completed and warranty obligations will be fulfilled, as announced by a company spokesperson.

As a result, 280 people will loose their jobs. The majority of them are located in in Israel, where the solar thermal subsidiary Solel Solar Systems, a Munich-based group operates.

Wolf also claims that “the current and future market for solar receivers remains low. As a result, it was difficult to agree on a business plan for a sale that took into sufficient account the interests of both the buyer and seller.”rsten Wolf said that „After seven months of intensive sales efforts for the solar thermal business, it’s clear that due to the increasingly difficult market situation, no investor could be found for the business.” He also announced that the company was unable to reach an agreement that “provided due consideration for the interests of customers, employees, investors and Siemens.”

The latest engineering company, Siemens, purchased Solei in 2009 with $418 million. The group has reported $1 billion losts and Siemens put its solar unit on the block.

Posted by admin on Jun 19 2013. Filed under _featured slider, Asia, Energy Market, Europe, Market News, Solar PhotoVoltaics. You can follow any responses to this entry through the RSS 2.0. You can leave a response or trackback to this entry