PV generation saved by the Japanese government. The companies are offer low-interests loans 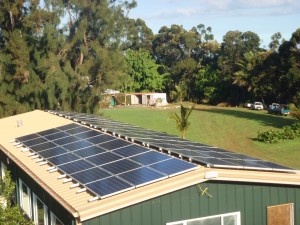 The government in Japan is willing to help the Pv industry bloom. Regarding this matter, the government thought is for the best that the companies are offered low-interest loans for. The offer is available to those who install rooftop power systems.

Citing the Nikkei newspaper, Bloomberg informs that the credit will be available via public financial institutions such as the Development Bank of Japan.

Companies will be allowed to sell electricity produced by the solar panels on the rooftops of people’s homes. These homeowners will also have something to gain in return for renting their rooftop space: they will receive between 10,000 yen ($97, €75) and 20,000 yen ($195, €150) a year.

Posted by admin on Jun 5 2013. Filed under _featured slider, Asia, Market News, Solar PhotoVoltaics, Uncategorized. You can follow any responses to this entry through the RSS 2.0. You can leave a response or trackback to this entry