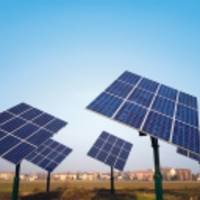 The selection of these solar power projects shall be through a tariff based competitive bidding process.

According to the press release the project sizes would be from 5 to 10 MW each. The winning bidder will be the company that offers the highest discount upon RRECL’s benchmark solar tariff of INR 8.42 (EUR 0.13) per kWh. A feed-in-tariff will be paid to the winning bidder for 25 years, who would have to supply power to the procurer in agreement with the terms and conditions of the Power Purchase Agreement (PPA). The last date for submission of bids through online form is January 11, 2013.

It may be recalled that RRECL had postponed its Request for Selection for solar power projects which was originally scheduled for March 19, 2012. Although the exact reasons for the postponement are not known, it is assumed that mounting losses of the state’s distribution company DISCOM could be the reason.

Unlike the National Solar Mission there is no compulsion for domestic contents of modules or cells and the bidder is free to choose any solar PV power generation technology – it may be crystalline silicon solar cell or thin film modules, concentrated PV or any other technology commercially established.

Also noteworthy is a mechanism through which DISCOM is not liable to make payments to the project developer, as the project developer will be signing a PPA with RRECL, that will also provide payment security to the developer. RRECL in turn will supply the procured solar power to DISCOM through a Power Sale Agreement (PSA)

Posted by solar-magazine.com on Dec 18 2012. Filed under _featured slider, INDUSTRY, Solar PhotoVoltaics, Technology. You can follow any responses to this entry through the RSS 2.0. You can leave a response or trackback to this entry