US photovoltaic market is growing up 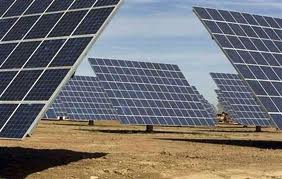 In the second quarter of 2012, the PV market in the USA grew by 116% in comparison to the same period of the previous year.

Solar power plants accounted for 477 MW of the new installations in the second quarter. Until the end of the year, 1.1 GW of new PV capacity could be installed, in total 3,400 MW are under development according to the study.

Also a strong growth is predicted in this market for 2013.

In the home photovoltaic sector, the prices were 5.84 $/W for privately financed facilities, while facilities installed by third parties on rented roofs were available for 5.64 $/W.

Posted by solar-magazine.com on Sep 19 2012. Filed under _featured slider, INDUSTRY, Solar PhotoVoltaics, USA, WORLD. You can follow any responses to this entry through the RSS 2.0. You can leave a response or trackback to this entry