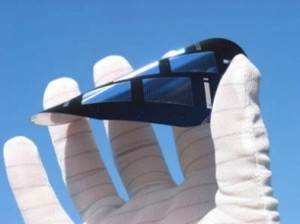 This was announced by Q-Cells on June 5th. Solibro produces CIGS thin-film modules. According to Q-Cells, Hanergy plans to maintain the 430 jobs at Solibro and keep the existing management.

Operations and the Solibro customer service are also to be continued. After completion of this transaction, production in Thalheim will be increased to 100 MW per year “in order to serve Hanergy’s European customers”, it was announced.

In their company reports for 2011, Q-Cells quoted the Solibro capacity as 135 MW per year.

“This takeover is not only about strengthening our position on an international and competitive market. We would like to achieve synergies between the two companies in order to offer added value to our customers”, said Li Hejun, Chairman of Hanergy.

According to the Mitteldeutsche Zeitung (MZ), group CEO Nedim Chen initiated this sale at the end of 2011, i. e. before the insolvency. By selling Solibro, the Thalheim manufacturer is also selling 25 years of thin-film technology development. According to a spokesperson, the sale does not affect the insolvency proceedings, but provides liquidity to the company.

A sale price has not been revealed. By the end of 2012, Hanergy wants to build up 3 GW of PV production capacity, reports the MZ.

Posted by solar-magazine.com on Jun 25 2012. Filed under _featured slider, INDUSTRY. You can follow any responses to this entry through the RSS 2.0. You can leave a response or trackback to this entry