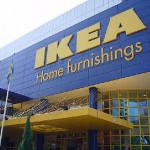 IKEA is a 100% green company, its 2011 Sustainability Report affirms its green status.

From September 2010 to August 2011 IKEA set aside approximately $670 million to invest in renewable energy which includes installations that have both been brought into operation or will be completed in the next 1.5 years.

The company declared its future plans to add 11 new PV solar projects to its current portfolio. The aim is to aid rooftops of each of the brand’s stores with solar PV panels and generate approximately 7000KW of clean energy. The base of this future planning is strengthened by IKEA’s success at the completion of its geothermal project at Denver, Colorado.

In a separate announcement, released just hours before the Sustainability Report, IKEA said it has plugged in its 15th solar energy project in the United States. REC Solar installed 4,984 solar panels atop IKEA’s 148,200 square foot store located in College Park, Maryland. The solar panels will combine to generate 1,196 KW of renewable energy.

IKEA is one of the most lucrative businesses on the planet, is not using this model — the retailing juggernaut owns and operates each of the systems installed on its buildings.

IKEA says it has 22 solar projects underway in the US which, when complete, will hoist the company’s solar energy portfolio to 30.8 MW.

Posted by solar-magazine.com on Feb 20 2012. Filed under _featured slider, Analysis & Features, BUSINESS, Green Buildings, INDUSTRY, USA, WORLD. You can follow any responses to this entry through the RSS 2.0. You can leave a response or trackback to this entry