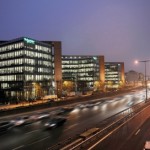 Schneider Electric, a specialist in energy management, has been selected by a major global engineering and construction company to supply photovoltaic inverters throughout 2011 in North America.

“The extensive experience we have in the field, in a broad variety of operating environments, is one of the primary reasons for our company’s continued success and the satisfaction of our customers,” said Rudy Wodrich, Commercial Vice President, Americas.

With this order Schneider proves again his leadership in PV inverters and solutions.

Posted by solar-magazine.com on Jul 14 2011. Filed under _featured slider, BUSINESS, Energy Market, Europe, INDUSTRY, Market News, MARKETING, Solar PhotoVoltaics, USA, WORLD. You can follow any responses to this entry through the RSS 2.0. You can leave a response or trackback to this entry